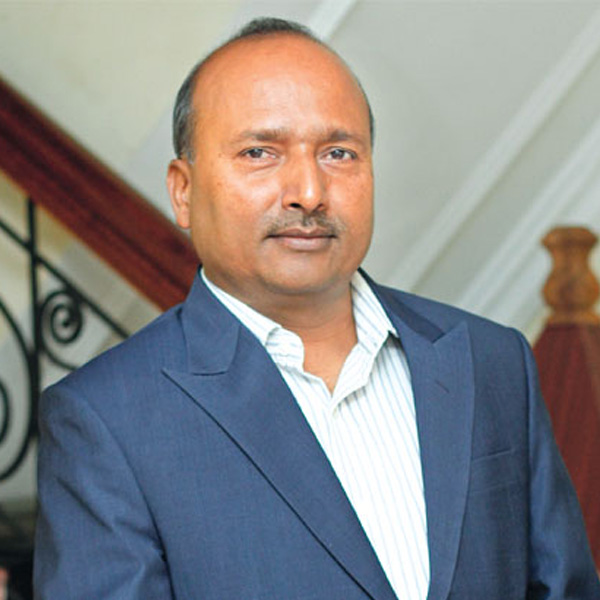 The success and growth of the Keyal Group over the last two decades is due in large part to the determined attitude and dyanmic personality of our chairman. Satyanarayan Keyal’s straight shooting disposition and persevence have taken the company from strength to strength. He is a firm believer that succeeding in life is about constantly strving, one step at a time, and not being afraid to fall down as every experience only adds to one’s knowledge and expertise. He maintains another key to success is maintaining integrity. Satyanaryan’s work principle is to be consistently fair and upfront when dealing with anyone – whether staff within the organisation or business partners – at any socio-economic level. It is these attitudes that define the Keyal Group today.

Satyanarayan completed his undergraduate studies in Delhi in 1985. He ventured into his own business interests, initially not wanting to join the famliy business. He opened a paint and hardware store in Birgunj. As a keen entrepreneur, he tried numerous businesses ventures with varying degrees of success. In 1991, he moved into steel manufacturing with the establishment of Narayani Rolling Mills. This was a huge turning point in Keyal’s success and the group’s growth. The foundations were laid for the next chapter in the history of the Keyal Group.

Satyanarayan Keyal is largely credited for bringing the group to its present status as a leader in industry in Nepal. It was his vision that brought the group to where it is today. In addition, he is a respected member of the community in Birgunj and was the president of Rotary Birgunj.